In the gold mining industry, drilling and blasting methods are used to effectively facilitate ore excavation. Borehole drilling is a harsh process that requires the equipment to consistently withstand high impact rock and sediment impact. The drill cone is a vital piece of equipment that operates between 600 – 1,200 rpm and helps contain and redirect rock to minimize debris scatter and dust generation.

Due to continuous exposure to these challenging conditions, the drill cone had undergone severe impact, abrasive, and corrosive damage. To repair this damage, the mine had welded steel plates to the cone surface, but over time, the plates failed, and additional repairs were needed. The customer was looking for a long-term epoxy coating that would withstand the harsh environment of borehole drilling.

Devcon DFense Blok coating was used to coat the drill bit and provide protection against wear and abrasion.

Devcon DFense Blok is an extremely effective industrial strength epoxy coating that has withstood even the harshest conditions of the mining industry. By applying Devcon DFense Blok to the inside of the drill cone, the equipment was protected from severe impact and abrasive wear.

It was critical to ensure speedy repair of the drill cone to minimize downtime and keep operations running smoothly. With Devcon DFense Blok, the epoxy coating was seamlessly applied in less than a few hours. Furthermore, despite the cylindrical nature of the top half of the drill cone, application of Devcon DFense Blok was seamless due to the product’s non-sagging consistency.

Prior repairs included tack welding steel AR plates to the outside surface of the drill cone. By hiring outside personnel, this process can become particularly expensive. With Devcon DFense Blok, the epoxy coating was easily applied by plant maintenance staff, effectively reducing the overall repair costs of the drill cone. 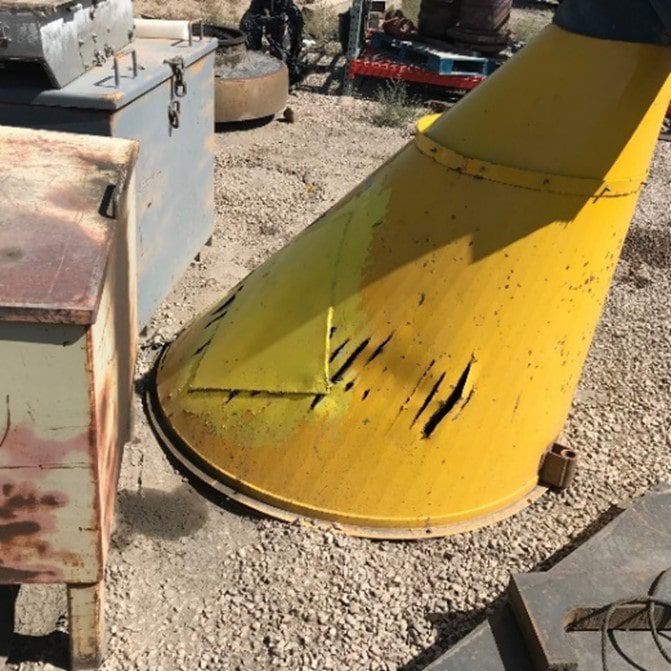